Buck has been involved in the multitool market for a while now; ever since their release of the Buck Tool and the Buck Mini Tool they have kept a strong footing due to its brand name. Not many companies make a knife/tool that becomes a brand of its own, how many people you know call any lock back style knife a Buck Knife? Because of this iconic branding and their dedicated customer base their tools although discontinued have remained popular to this day. The Buck Tool simply didn’t take off like it should have, trying to get a piece of the market that is Leatherman, it sometimes takes a lot to get noticed. The Buck Tool is a fantastic tool and very underestimated in spite of what design problems it did have. This is round two and Buck has decided to produce a new multitool for the market that they feel will not only be easier to use but easier on their pockets as well. 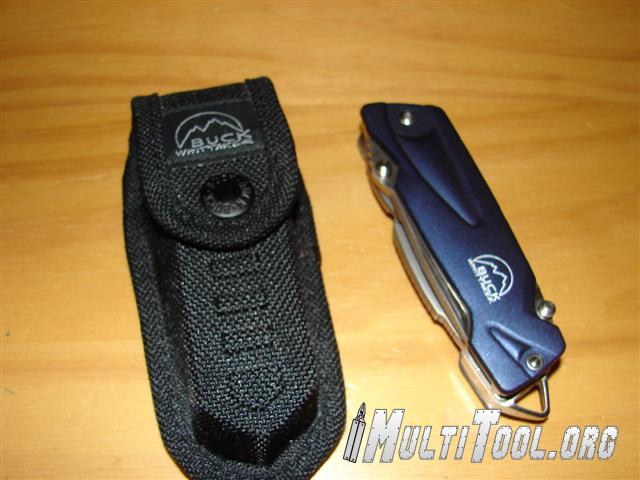 The Buck X-Tract is Buck’s way of getting their foot back in the door, and they have done a great job doing so. The X-Tract sports something that no tool on the market is able to do, access and use any tool with the use of one hand. Think of the possibilities; you could be on a ladder with only one hand free, and you really need that screwdriver to help install that light fixture. Any other tool and you would have to open the handles, retrieve the screwdriver you want, lock it and then close the tool again. Buck feels that is way too much work and cut their tool to the bone, take away all those crazy steps that usually take two hands and make one. 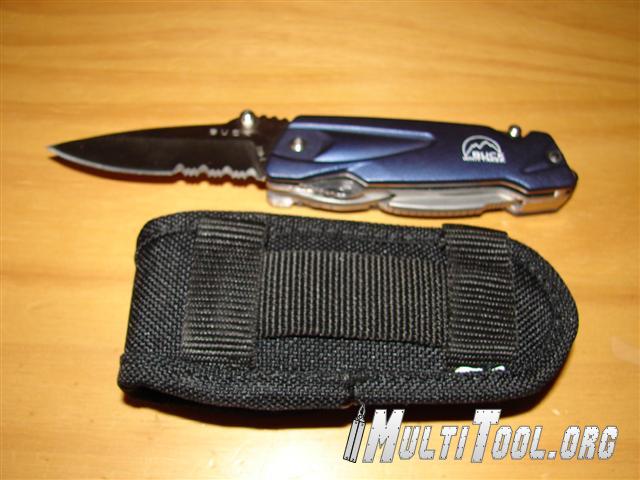 The main focus of the Buck X-Tract was not only ease of use, but they made sure that it had the biggest darn blade you could muster up on a multitool. Many tools in the past have had either one handed knives on their tools or have had a large main blade (the Meyerco Paradox being an example). The X-Tracts is primarily a knife and a tool second. The blade is 3 inches in length and serrated the last ¼ of the blade near the pivot. A lot of folks complain about serrated edges but I have to grown to like having one available. You have one of two choices when making a blade for a multitool, you either make two separate blades or you make one that is the best of both worlds. The blade on the X-Tract sports Buck’s famous 420HC steel blade and cuts pretty mean for a steel that doesn’t have a fancy name to it. Due to the design the knife blade is only accessible for right handed people. I guess that is what you would call a design compromise. Well, that and right handed people seemed to be in the majority. 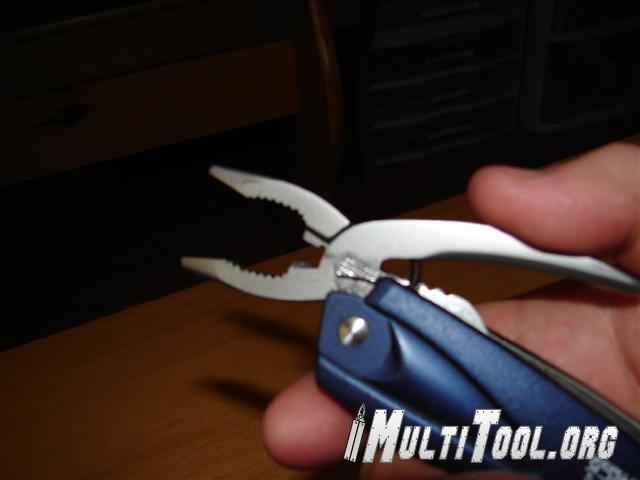 The next design factor that needed to go into the X-Tract was a set of pliers. With so many hard use plier designs on the market and Buck leaning towards a tool that was lighter in use than that of it’s bigger cousins. Buck wanted a plier head design that would be both strong yet didn’t become the dominating feature of the tool itself. Buck’s choice is a set of pliers that are both rugged enough for most tasks but small enough to retain the compact size that is needed to fit into the frame. The pliers are open from the tool by pressing on a ramp on the handle, push it forward and the head slides on a track until it locks solidly in place. The pliers are by no means the tools weak point, and I was defiantly surprised how much they can perform in spite of their smaller size. 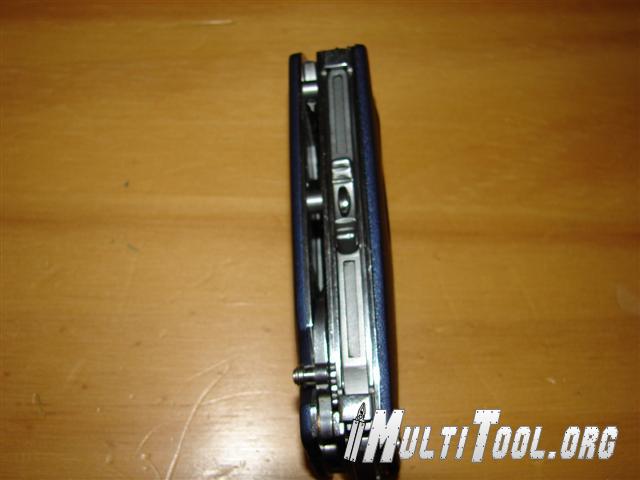 The one handed features of the X-Tract were a must, and everything had to flow and operate smoothly. The screwdrivers are like nothing seen on the market until now, and what seems like a crazy idea actually works. Buck put the Straight and the Phillips drivers on the same shaft (one on either end) and have them attached on the top of the tool. To access either one of the drivers, you simply press in the lock button and slide the screwdriver shaft in the direction of the one you want to use. When pushed as far as it can go the tool locks into place securely and is ready to use. Not only is this a space saver but a time saver as well. The idea works quite well, there are some small problems with the driver not being long enough but you have to be willing to make some sacrifices when making a new design. Compromises have to be made, and since this is designed as more of a sportsman tool the tool didn’t have to be as elaborate as everything else out there but had to function like it was an extension of your own hand. 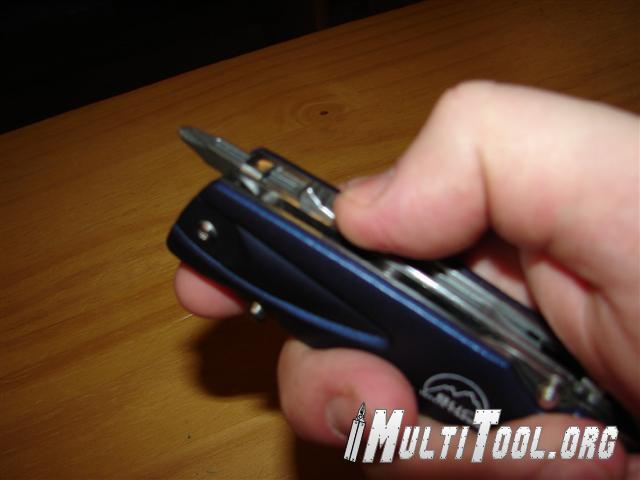 The last tool on the X-Tract is the can opener, which like everything else on this tool can be opened and closed one handed. The can opener works quite well and very similar to what Wenger uses on their Swiss Army Knives. Carrying the X-Tract is just a cool as it is to use, the belt sheath included is designed to be rugged and comfortable to carry. Even better, this sheath can be carried on your side vertically or horizontally. Some of us guys with a few extra pounds don’t like a tool digging into our side, so horizontal carry is something some of us guys really look for in a sheath. The only two things that bother me about the tool is that I wish it had some sort of a carabiner system. You could use the lanyard hole and make it so a carabiner attaches it to your gear, but it would have been nice to have it incorporated. Plus the tool itself has a protective handle made of thermoplastic, it gives it a cheap feel but at least it won’t scratch and end up looking a mess over the years. 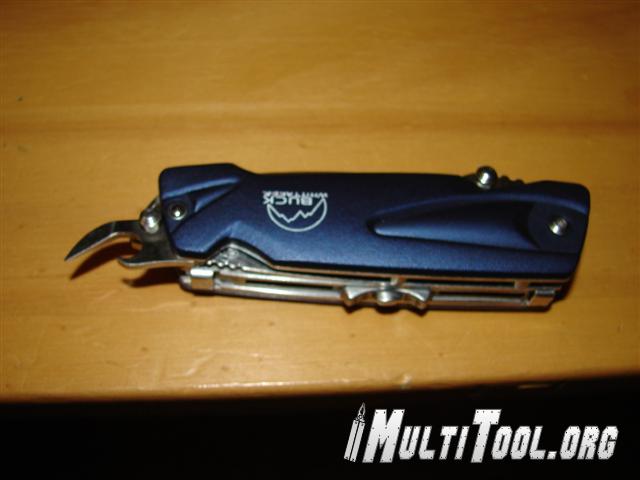 Buck and Peter Whittaker (mountaineer) have put a lot of thought into this tool, and like the rest of the designs he has come up with they are great for the outdoors. The whole package is an amazing set of design and engineering. With just about all the tools out there looking alike, it’s nice to see a company going back to the drawing board and giving us something truly new and revolutionary. I hope Buck is right and their X-Tract does sell as well as they expect it too, they deserve a spot in the tool market just as much as the next guy. Manufacturers have to remember that you make it in this industry by innovation and not by automation.

More in this category: « Buck Model 350 Mini-Bucktool Review Buck FIN Review »
back to top
Interested in this or a different tool and still have more questions?
Why not join us over on the Multitool.org Forum where our community can help you find what you're looking for!