The Nautilus is one of those tools that's discontinued, but you can find them everywhere, due to the large amount produced. I got mine off eBay for about 20 American dollars after shipping, and that's the average cost you see, so price isn't a problem. I was very excited when it came, but disappointed as well, because it was almost 9PM when I saw the package. The next day, I put it to work, but backing up, I got it because I use flashlights all the time at work, and was getting tired of carrying around a Mag-Lite in addition to a Wave or Swisstool, so I decided to sacrifice the pliers and get the small Nautilus. 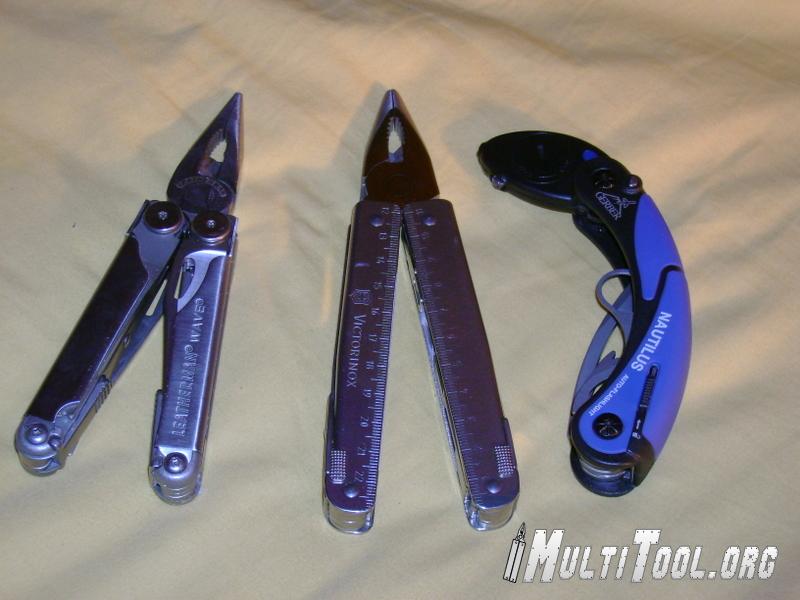 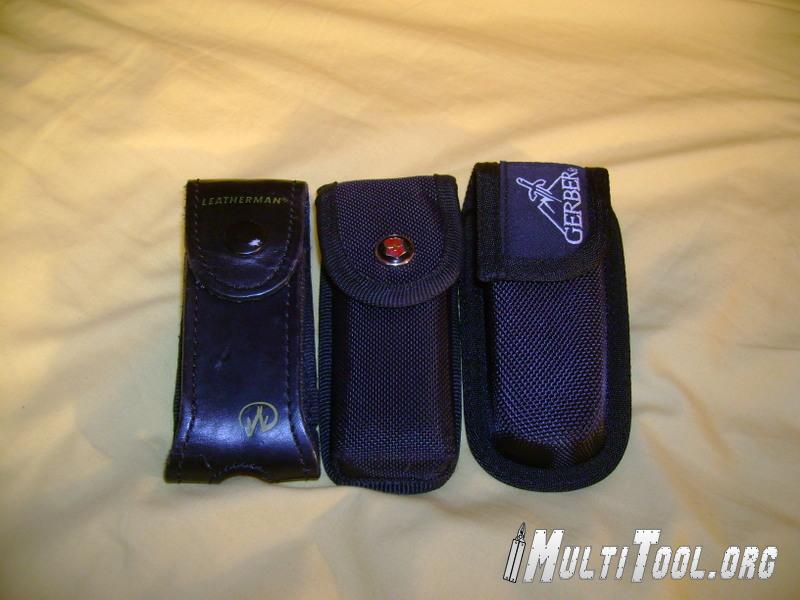 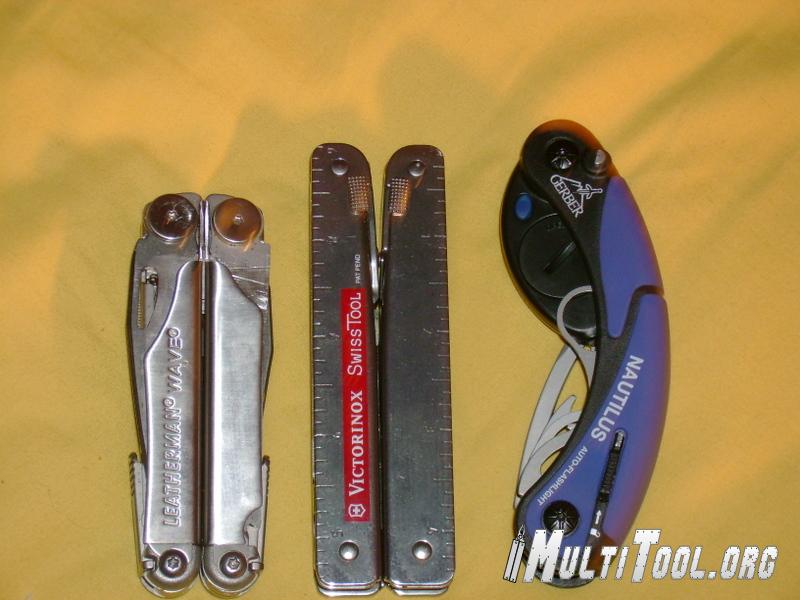 It has a great weight to it, and you can tell it's a good product just by feeling it. It has a one-hand opening blade, a flat screwdriver with a bottle opener, a phillips head screwdriver, and pair of scissors on one end, and its unique feature, the switch-flashlight, on the other. The flashlight opens up like an automatic knife, just by pressing the button, which is where we hit the first snag: There is nothing covering the butting, it's just a crescent shaped piece of metal. It isn't too big of a snag, but with a lot of use, the two points on it could really hurt your thumb. The flashlight, once out, has four settings at the press of a button (five if you count "off") main light, tool light, both, or blinking main light (unofficial names ). The main is, of course, for various flashlight jobs, the tool light (my favorite) shines a light directly at the tools, so you can see what you're doing, this works amazingly well. "Both" is self explanatory, and I imagine the blinking feature would be for an emergency. 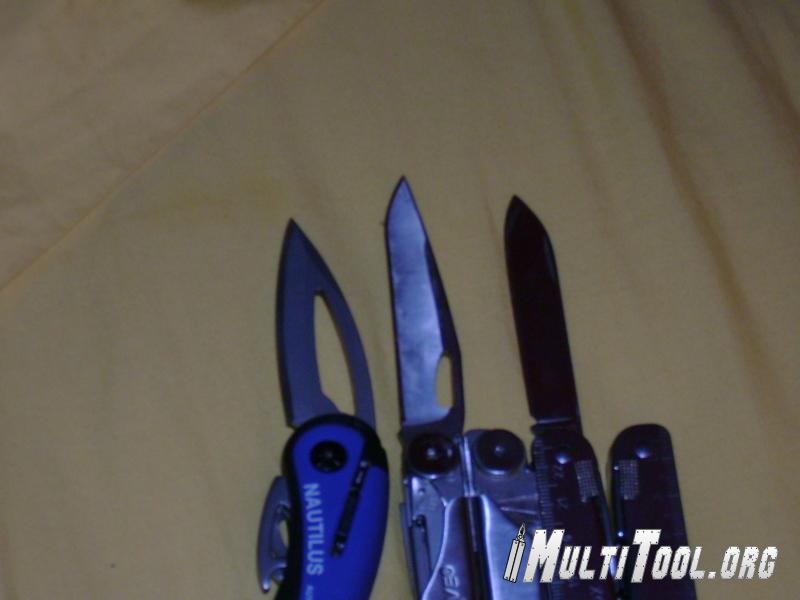 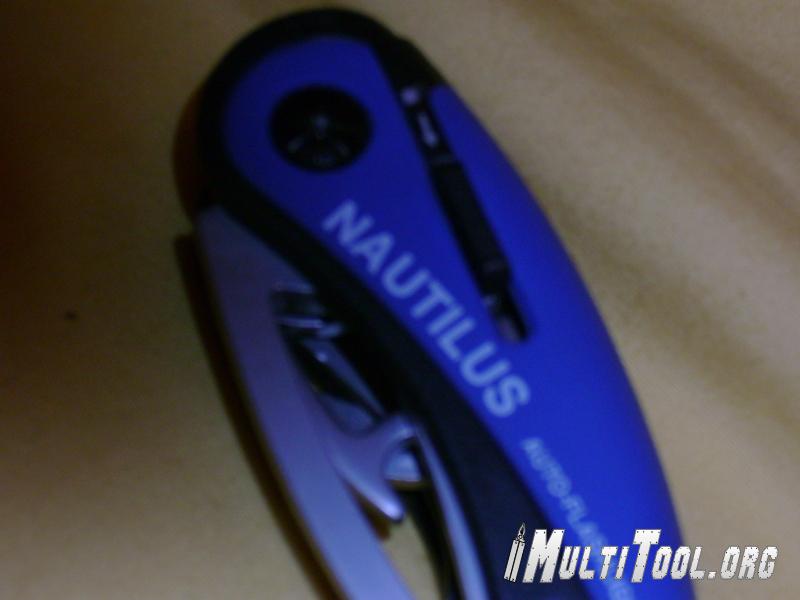 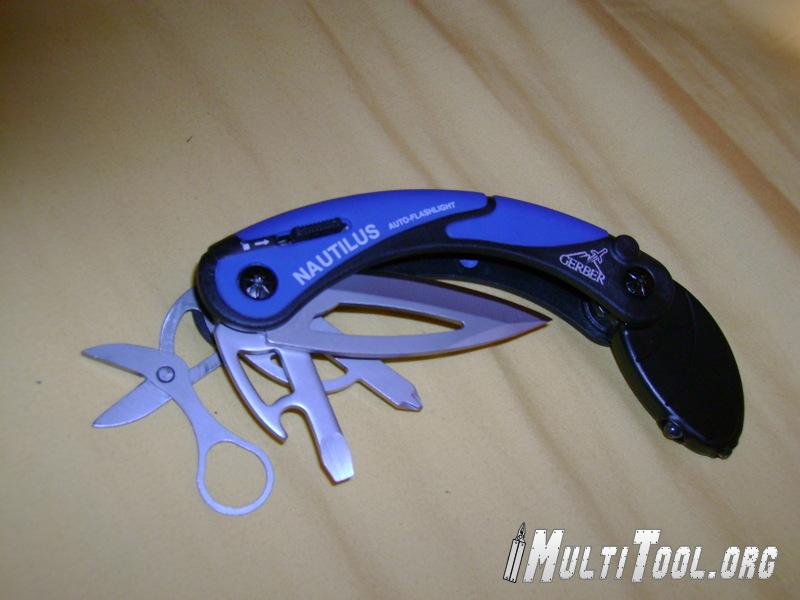 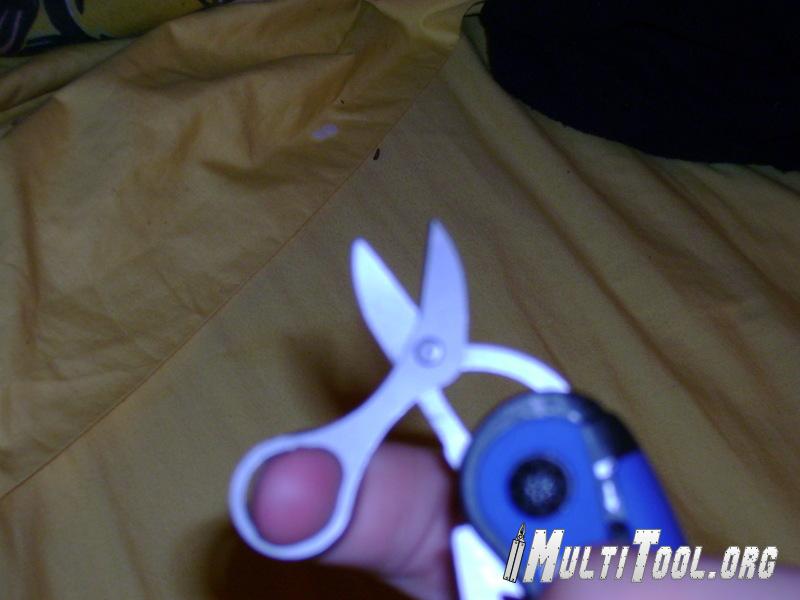 The one-hand opening blade is very sharp. The only problem is, the grind starts really early, so by the time you get to the edge, the blade is just 3-4 sheets of paper thin, making it very easy to chip (trust me, I know). I filed directly against the blade to un-sharpen it, then I sharpened it back to a thicker blade before the edge, solving the problem. The bottle opener and flat screwdriver are great, and the bottle opener doubles as a notch to get the screwdriver out easier. The phillips head screwdriver is harder to get out, because you have to actually get under to the notch, but it doesn't matter, because the phillips driver is worthless. part of the cross is very long, the other, almost non-existent. The scissors are alright, but take some getting used to, as they aren't spring-loaded. You have to hold the tool with your palm, thumb, and 3 fingers, while the index finger goes through the loop, and you use them like regular scissors. It hurts at first,but you get used to it. 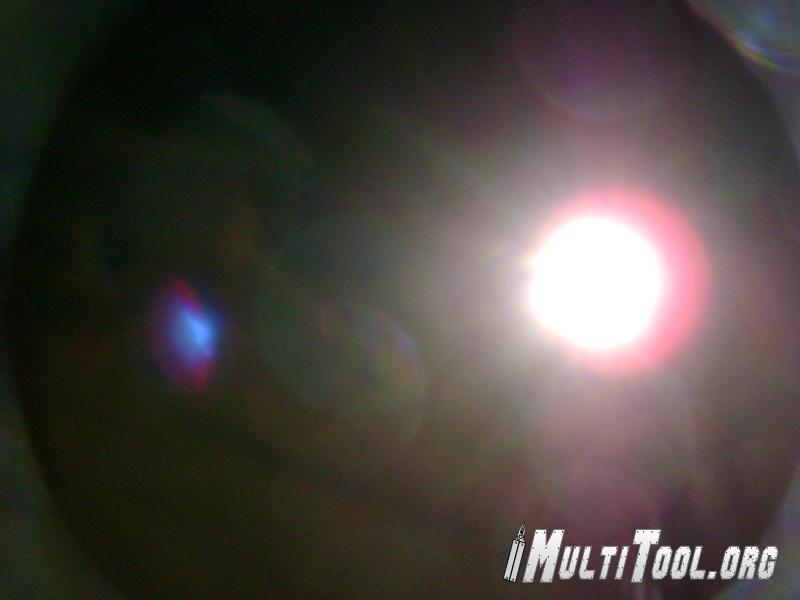 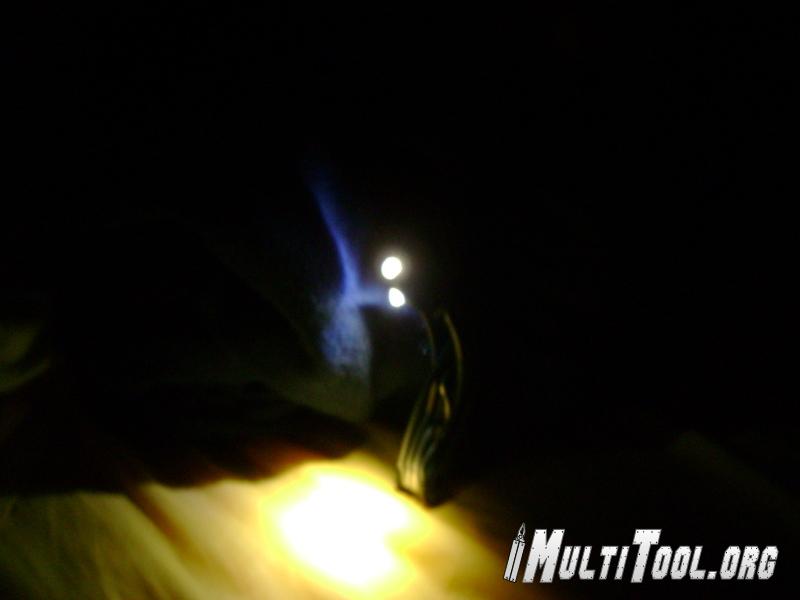 Just two more things: One, for you lanyard ring haters, it does have one, but it is very thin and takes up no additional space. It's also at the bottom, so you have to take out at least 2-3 of the other tools out first, and even then, you might have to use needlenose pliers. However, once out, it is away from the tool, and locks into place, it's definitely the best folding lanyard ring I've seen. Two, the locking system is like a harder to use version of the Swisstool lock, where you pull down on both sides. It hurts for the first week or so (depending on how much you do it) but afterwards, is fine. Oh, I almost forgot- the rubber lining is effective for the grip, and the pouch can be horizontal or vertical, and has a plastic shell between the two layers of nylon. It also has a spear-point blade. 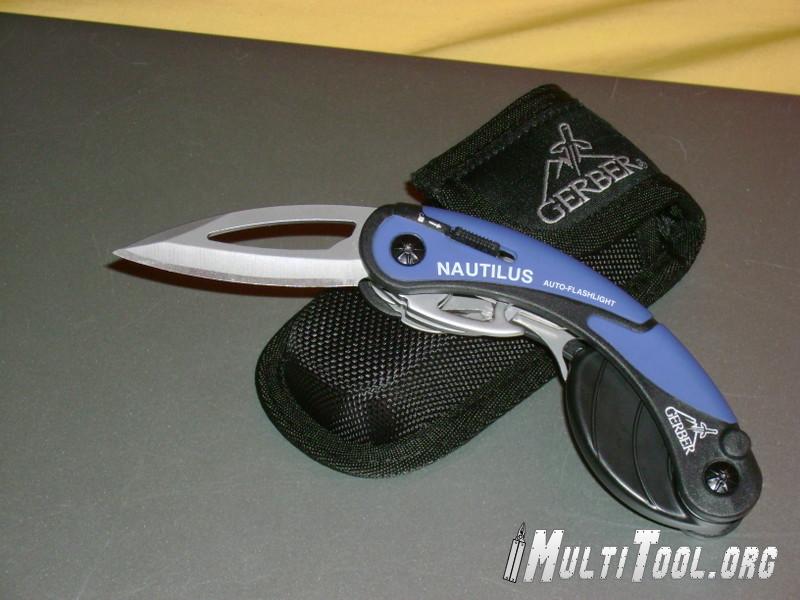 All in all, worth it once you get used to it, as pretty much to only flaw that can't be fixed is the phillips driver.

More in this category: « Gerber Legend 800 Review Gerber Resolve Review »
back to top
Interested in this or a different tool and still have more questions?
Why not join us over on the Multitool.org Forum where our community can help you find what you're looking for!