I received a little prompt to do a review of the Mini Bear Jaws recently, and it only seemed natural to compare it to the tool which most people would pick up and carry instead ... a Leatherman Squirt. I have taken a real shine to the Mini Bear Jaws, and though they don’t make much of an appearance in the world of multi-tools these days, they are a nice little item to have around. 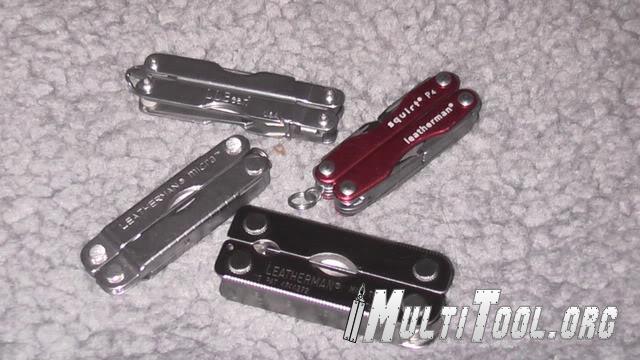 Pictured here with a Leatherman Squirt P4, Mini and Micra, the tool has the classic stainless look before pretty colours became the thing to do on key ring tools. Diving straight into the pliers, the main difference from the Squirt is Leatherman’s spring opening as opposed to the Bear’s standard manual pliers. The Mini Bear Jaws has a slightly more delicate needle nosed profile to the pliers head, and a slightly shorter wire cutter. The pivot is also a slightly smaller diameter suggesting the Squirt is a beefier tool, but they’re both light duty items and the Bear still feels fairly robust for its diminutive frame. If you were to score one against the other, the Squirt would come out on top, but not by too far. For me the King of the mini pliers though, is still .... well ... the Mini pliers 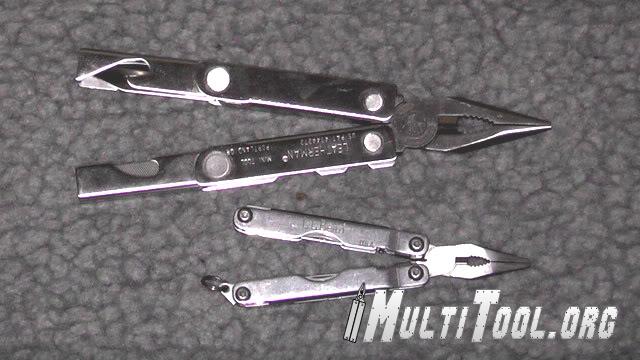 The onboard tool set shouldn’t really be compared to a Squirt though, as they have a striking resemblance to another well loved little tool. If you notice they’re also paired up the same way on the handles on the Leatherman Micra. 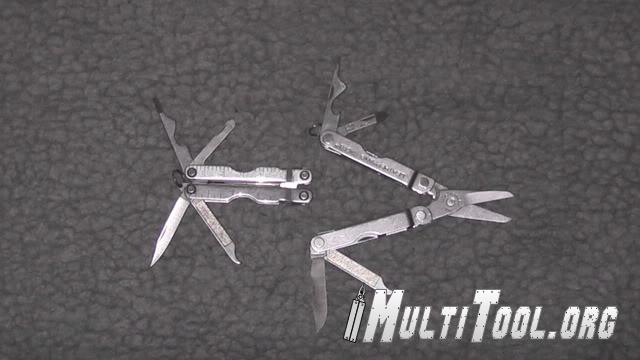 The tiny clip blade has a symmetrical grind unlike the Micra’s chisel grind, but the nail file is almost identical. The mini driver and cap lifter combo has again a more delicate looking profile than the Leatherman equivalent, but will fix your glasses and open a beer in celebration just as well. 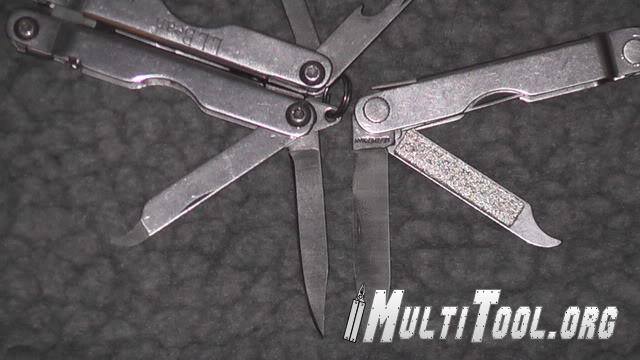 The flat Phillips driver isn’t as refined on my Bear as my Micra, but will not lose anything in performance. Both these implements are limited in their design, yet both have turned Philips screws for me on door hinges and so on, until such time as I had access to a full 3D driver.

The Micra does also have two other tools not shown here in the form of tweezers and a 5mm flat driver bit. I know it’s 5mm as I used the ruler on the Mini Bear, which for the record is placed on the side of the tool with the cut out for withdrawing the tools, which renders it a bit of a token gesture for decorative purposes rather than a useful measuring implement.

More in this category: « Blackhawk HawkHook Review Kershaw Select Fire Review »
back to top
Interested in this or a different tool and still have more questions?
Why not join us over on the Multitool.org Forum where our community can help you find what you're looking for!