Once in a while, there’s a tool that comes along that is so different from any other, that no other manufacturer could hope to successfully incorporate any good points into their own designs. The Spyderco SpyderWrench and ByrdWrench are just that kind of design. Unlike any other tools, the Spyder and ByrdWrenches are hard to classify. 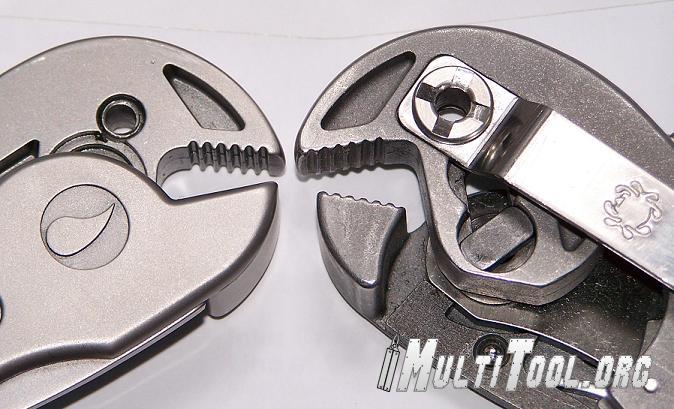 The versions reviewed here are the original USA manufactured SpyderWrench (SW) and the new ByrdWrench (BW). All in all, despite the two different worlds of manufacturing, the SpyderWrench and ByrdWrench are actually pretty similar, although different “trim” levels that I will discuss below. For simplicity’s sake, I will call it just Wrench when referring to common traits among all models.

Overall, the Spyder and ByrdWrenches are very similar, featuring slip jointed pliers at one end, an adjustable wrench at the other, a one handed opening knife blade somewhere in the middle. Mixed in as well are a double ended screwdriver (SpyderWrench only) with file and 4 standard 1/4" hex screwdriver bits- two phillips and twp flatheads- which fit into a slot at one end of the Wrench. 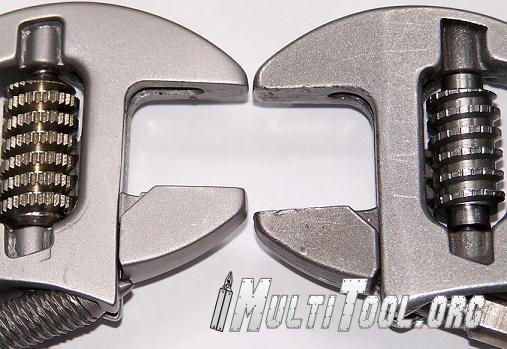 For convenience in using either the adjustable wrench or the screwdriver end, the Wrench can fold 180 degrees and lock on itself and provide a significant extension for leverage. In those instances where you need both the wrench and a screwdriver, the Wrench can split at the plier joint and allow you use of the adjustable wrench and the screwdriver (or knife) independently of each other. It’s like having two tools in one!

Now on to the differences between these two models. The most obvious differences are the round Spyderco hole in the knife blade versus the “Byrd’s Eye” hole in the ByrdWrench, the Spyderco bug logo on the plier pivot joint and pocket clip of the Spyderwrench and the Byrd logo and blank pocket clip on the ByrdWrench. Also, the SpyderWrench has a removable diamond file with a phillips screwdriver at one end and a flathead at the other, while the ByrdWrench has a rasp with a point at one end and is flat at the opposite end. It seems like it could be used as a nail set or other punching tool, provided you had some kind of striking implement handy. Naturally, the blade tang stamps are also different, with the Byrd saying “byrd 8cr13MoV” on one side and “TM China” on the other, while the SpyderWrench says “Spyderco USA 440C” on one side and nothing on the other. 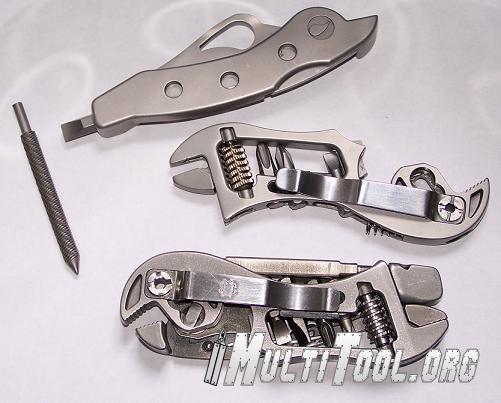 There are additional differences if one looks closer- the Byrd has less of an “overbite” on the pliers than the SpyderWrench and the worm gear on the adjustable wrench is more pronounced on the Byrd. The Byrd also seems very slightly bigger, so I took a few measurements with my calipers and learned that the Byrd is about 1mm thicker in most places than the SpyderWrench, which may not seem like much, but it is enough to differentiate one tool from the other when working with it on a regular basis. Also, when using the adjustable wrench, the Spyderco manages to open almost 2mm wider than the Byrd when the file is left in place. Given the smaller size and larger range of the Spyderco, I would have to say that it would be preferable to the ByrdWrench if one was going to get one as a daily user. However, given that the original USA made SpyderWrench is discontinued, it can get pricey and be difficult to find in good condition. The current issue Taiwan version may be the same as the USA version or the Byrd version, but at this time I can’t really speculate on it. Suffice it to say that while the Byrd does have soem shortcomings compared to the USA version, anyone wishing to use the tool would be well served by the ByrdWrench as well.

Overall, both tools are an excellent concept, and a beautiful design. They are not without their flaws however. The overall design is limited- as pliers or an adjustable wrench, they work well, but the slip joint in the main plier pivot on both models had a tendency to either slip out of joint or partially into the other position and lock open. Using the screwdriver bits is also an exercise as you have to open the tool, remove the file, extricate the bit (not as simple as it appears) then put the file back in place (or risk the rest of the bits falling out) and do the job. In this case, it might be better off to carry both a multitool and a Swiss Army Knife since it’s screwdrivers are easily accessible, which defeats the purpose of the Wrenches splitting in half. The pliers are also lacking some of the many features such as wire cutters and strippers that we have become accustomed to with other tools. 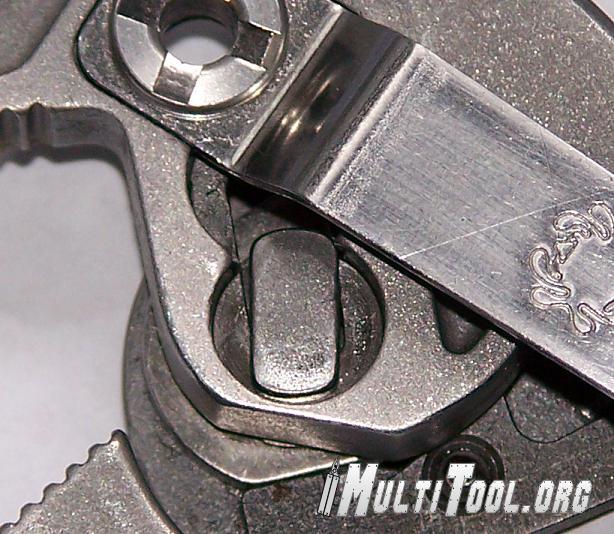 I like the design, and if it was a starting point for a series of tools in the future, I would be really excited about what was going to come next, however, as it is, it is a very limited design that can be awkward to use, unless all you need is pliers and an adjustable wrench, or have bits in a separate carrier like the Leatherman Universal Tool Adaptor or an over the counter bit set.

More in this category: « Coast Fishing Buddy Review Coleman Pro Lock Review »
back to top
Interested in this or a different tool and still have more questions?
Why not join us over on the Multitool.org Forum where our community can help you find what you're looking for!