The pocket tool phenomenon extends far beyond the reaches of my boarders and I've been searching far and wide for pocket tools that are worthy of our readers attention. I stumbled upon a knife and tool maker in Italy who doesn't crank stuff out via water jet like some folks but these are handmade tools.

The P Tool XL is 2.9 mm long and made from n690co stainless steel. N690co is a steel similar in composition to VG10 stainless; has good strength and corrosion resistance. With so many pocket tools being comprised of titanium it's nice to see someone using a different material. The weight of the tool has a good feeling to it and inspires confience. 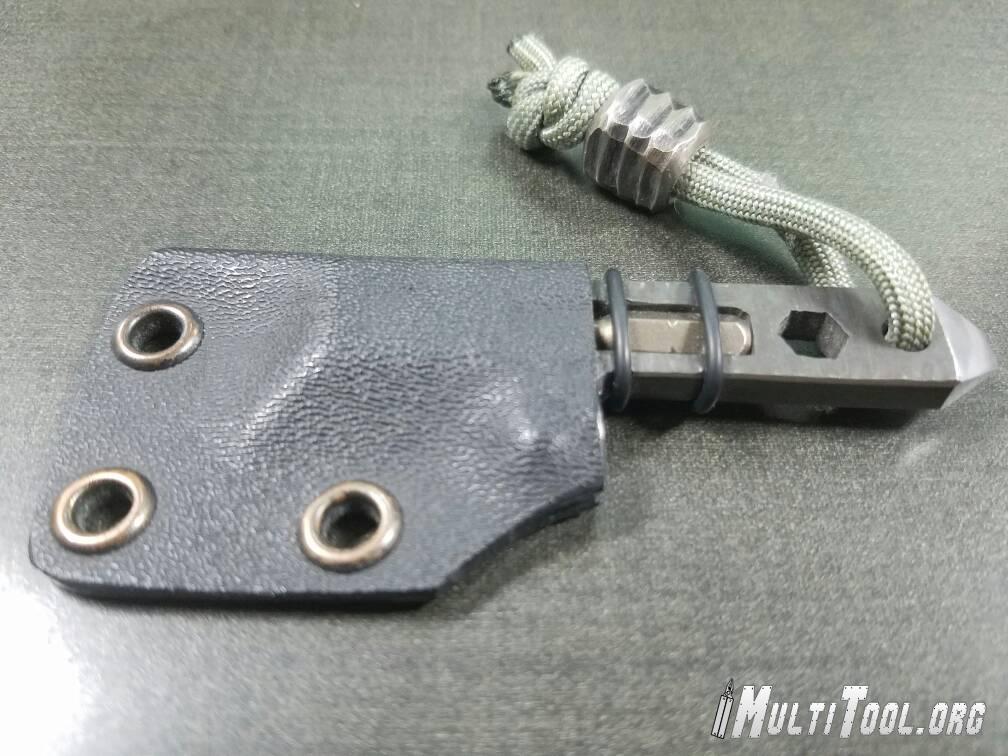 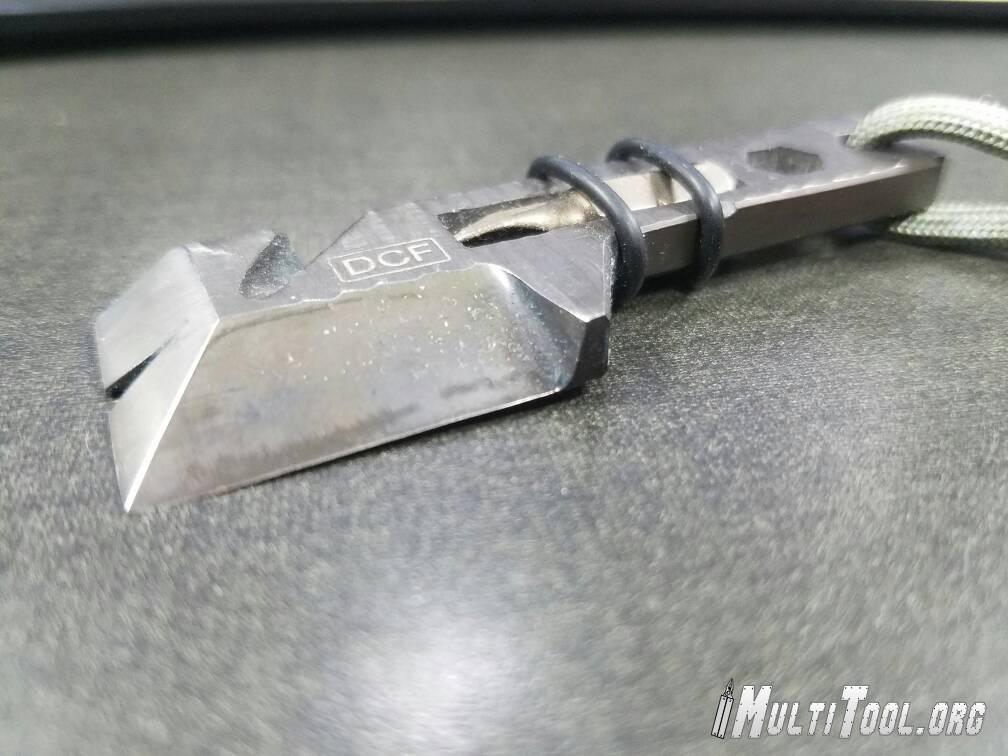 The tool comes with a kydex sheath and that's important; the pry end of the tool has an edge so acute I've actually put an edge on it and use it as a small knife. The angle on the pry end works well, giving you quite a bit of leverage. Not sure how this being a pry bar with that type of edge on it will hold up, only time will tell. The tool also features a cordage cutter on the back side for twine and such, not something I use normally due to having a pocket knife but a nice addition. 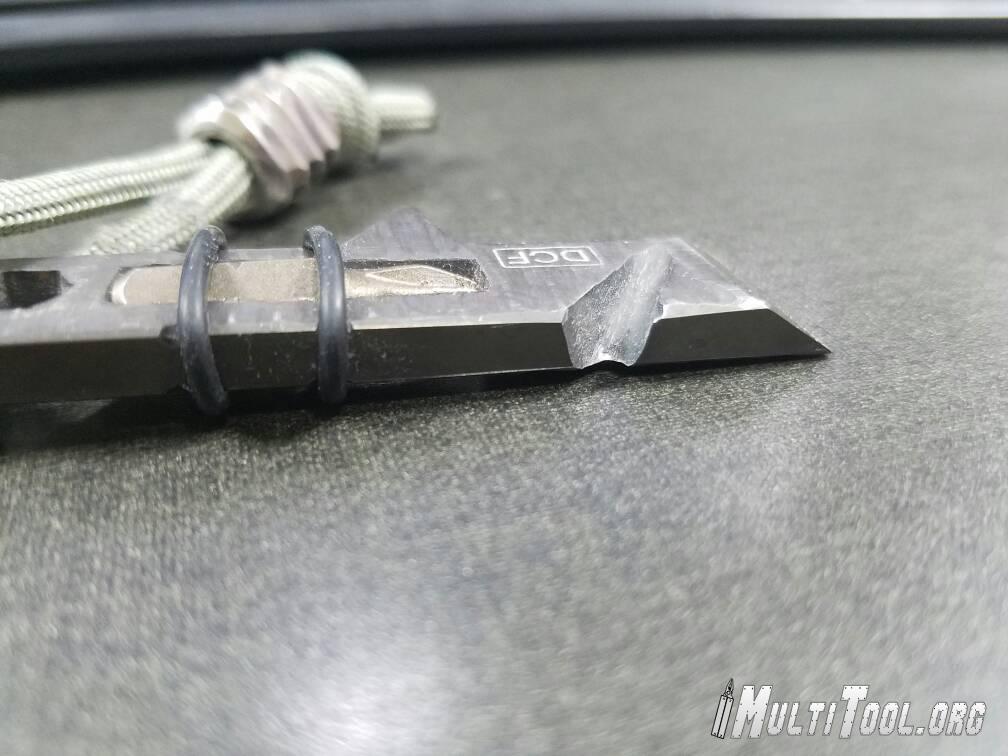 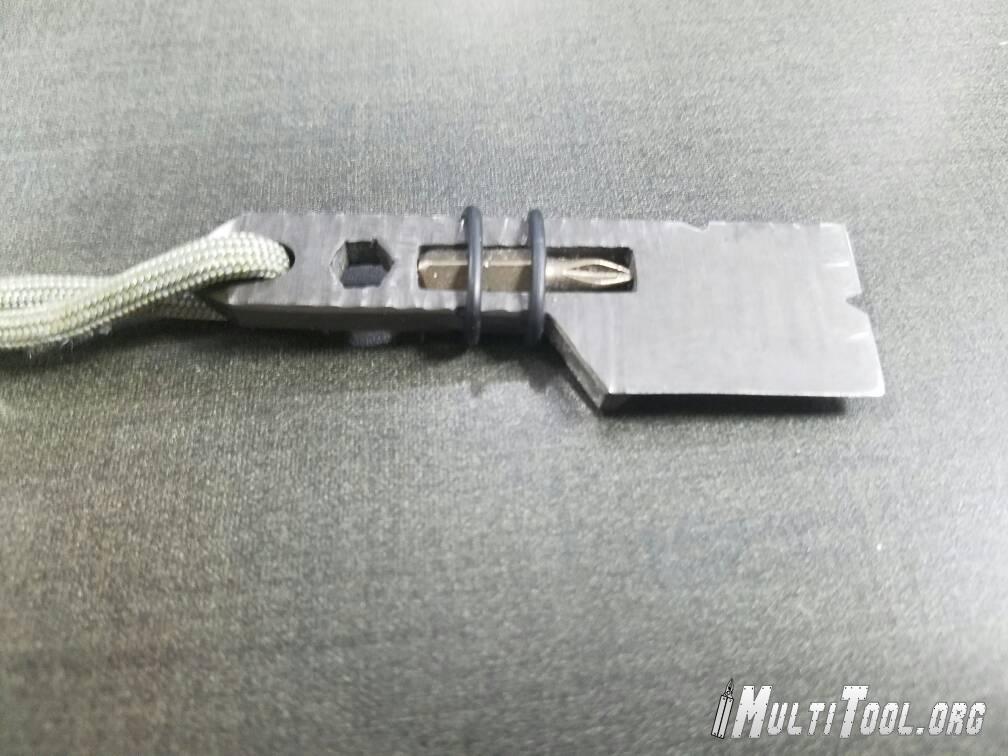 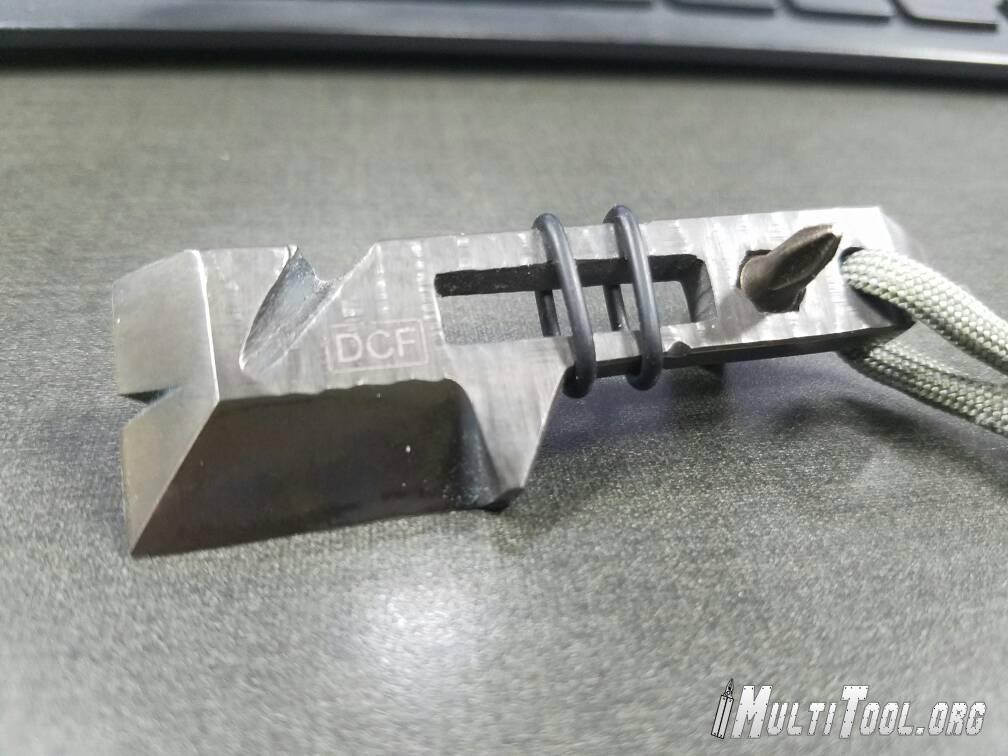 The P Tool XL also features a 1/4 hex cut out to accept the phillips driver that's held captive in the body of the tool. The driver will work in a pinch but won't work as well as some others I've tried. Some have an oring retention system and this one will pull or pop out if you don't watch it. 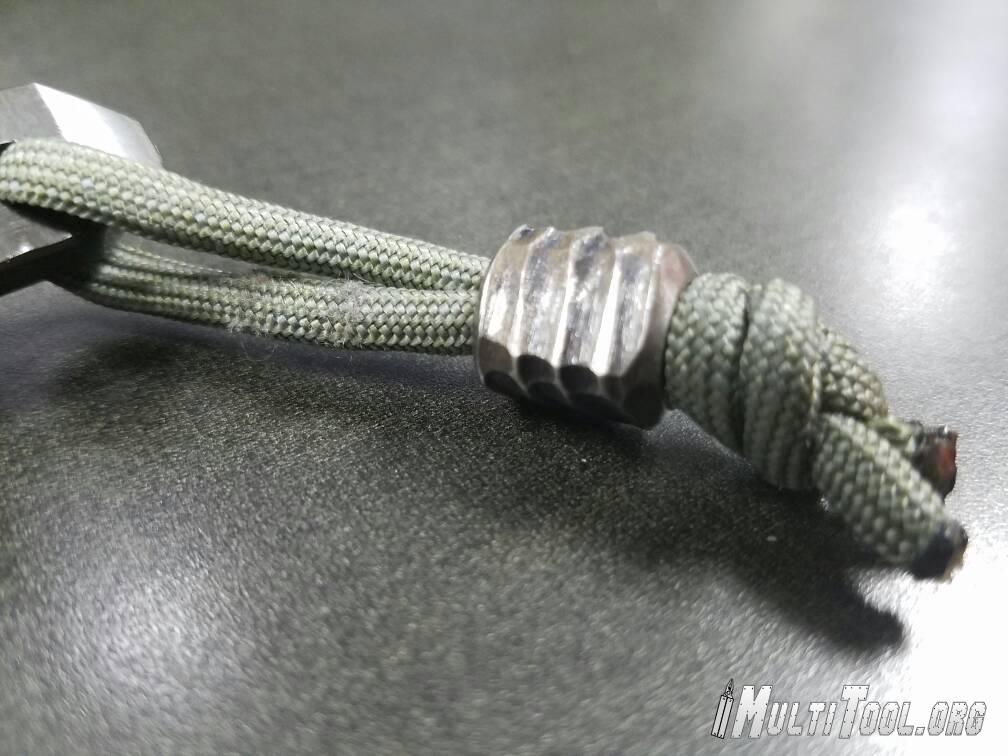 Nothing to do with the capabilities of this tool but the tool includes as custom made bead from what appears to be as stainless nut. Kinda nice to see some personal touches included on a tool of this caliber.

Pros:
Cons:
Tweet
Published in One Piece Tools
Tagged under