One of Peter’s great advances to his tool designs is the addition of the captive bit system. The system incorporates a series of o-rings that like the name entails captures and holds a ¼ inch driver bit into the frame of the pocket tool. This simple design is quite ingenious and does the job rather well; it’s definitely a nice way to carry an extra bit without having it loose in your pocket. One design in particular I want to focus on is the Atwood Nibble. The Nibble is a close cousin to other Atwood pry tools in respect that its main duty is for prying and the other features are just extra Atwood goodness. 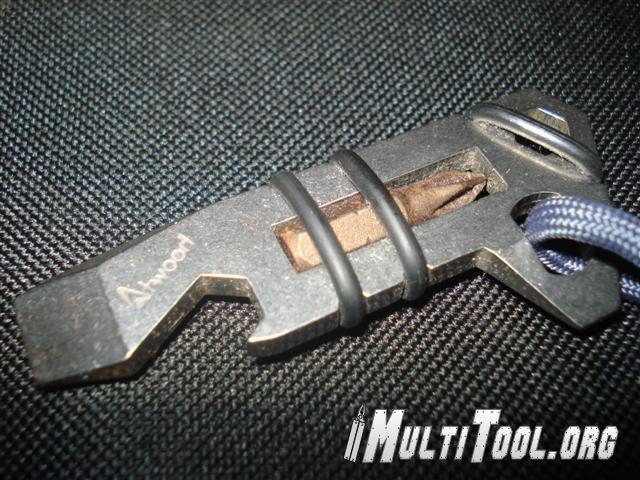 The Nibble features the bit system and comes with a number one Phillips bit. It may not fit all the screws you may come up against in your routine but it will cover most. The bit system may not be the most effective or reliable method of using a Phillips driver but it works in a pinch and saves you from those times when you can’t carry a multitool. The reason I say not very effective is because of the method in which the bit is held in place when being used. The bit is put into the ¼ inch hole in the end of the frame and is held by two rubber o-rings. These o-rings hold the bit in by friction and your thumb rests on the end of the bit at the back of the tool so the bit does not get pushed out when using the system. It’s somewhat cumbersome to use and there is just not enough torque to get the job done sufficiently. Like I said though, it does work wonders in a pinch and can be a life saver when you don’t have any other option. 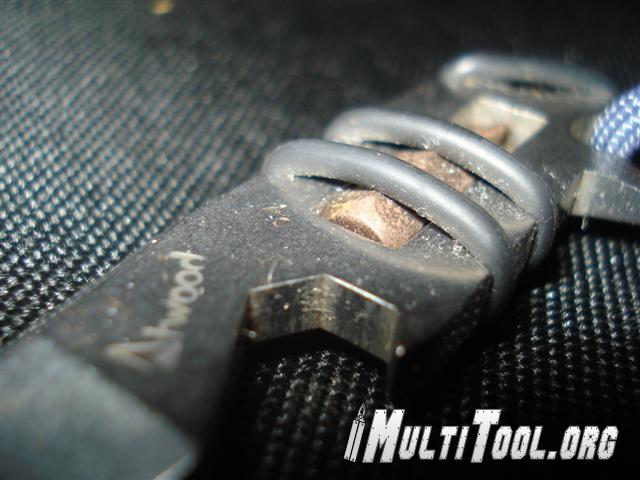 Drivers or screwdrivers, whatever you want to call them are what I use the Nibble for the most. It may not be its primary function but since I don’t pry things a whole lot it has become useful for times when I can’t carry a multitool. Aside from the captive Phillips the Nibble has two pry ends or surfaces which can be used to drive a flat style screw. One end is the typical pry end that Peter has on his other tools and the other is at the opposite end of the tool at a ninety degree angle. Though it makes it a little uncomfortable in the pocket this extra pry surface works rather well on those flat heads and gives you extra torque that you don’t have when using the normal end on Atwood tools. 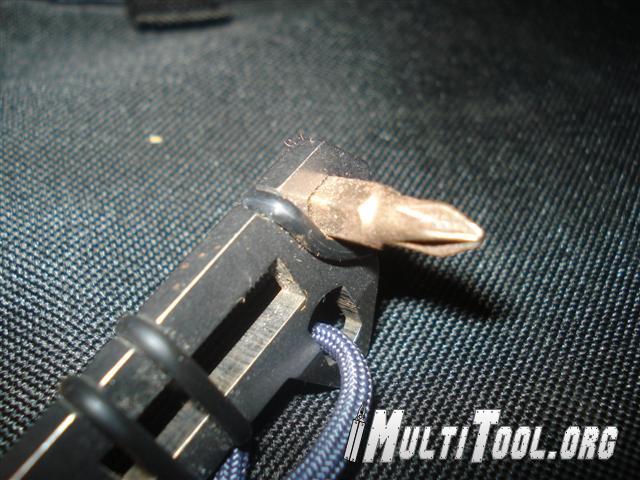 For the features the Nibble has it’s rather compact, it packs a lot into a small package and does not waste any space. The Nibble also sports an O2 wrench; I know some folks raise their eyebrows when they see that. What in the world am I going to need an O2 wrench for? Well you probably won’t use it for anything; it’s nice for those folks who work in the medical or emergency fields and need an O2 wrench frequently. For us normal folks though it just serves a nice place to put a lanyard on and makes it easier to retrieve the tool from your pocket. It’s a nice little addition that means a lot to some and not so much to others. 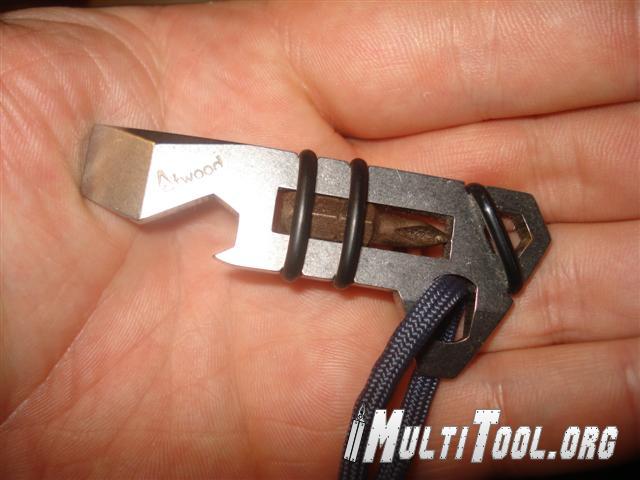 The captive bit system does make the Nibble wider than most Atwood designs but it makes up for it with functionality. It’s just one of those designs that fits a variety of functions and fits the bill for packing a lot in a small package. The Nibble is not one of my most favorite Atwood tools but it’s up there when you want to cover that function to size ratio. The Nibble is all business and does its job very well, it’s somewhat of a more fancy model that most Atwoods but makes up for it. The Nibble is not a good choice for beginners but it’s good for those who needs two compact drivers and wish to try out the captive bit system on Peter’s tools.