Before I bought the Gerber Mini Suspension-P, I'd never owned a Gerber multi tool, so I wasn't sure quite what to expect. I've owned a couple of Gerber knives over the years and I was very impressed with them, and I'd had my eye on the Gerber Suspension multi tool for a while now. (The Paraframe is still, for my money, one of the best pocket knives there is.)

Then recently I saw the Mini Suspension-P at Home Depot for about $10. The price was right, so I took a chance and bought it. After carrying it and using it for a couple of weeks now, I have to say I'm a little let down. 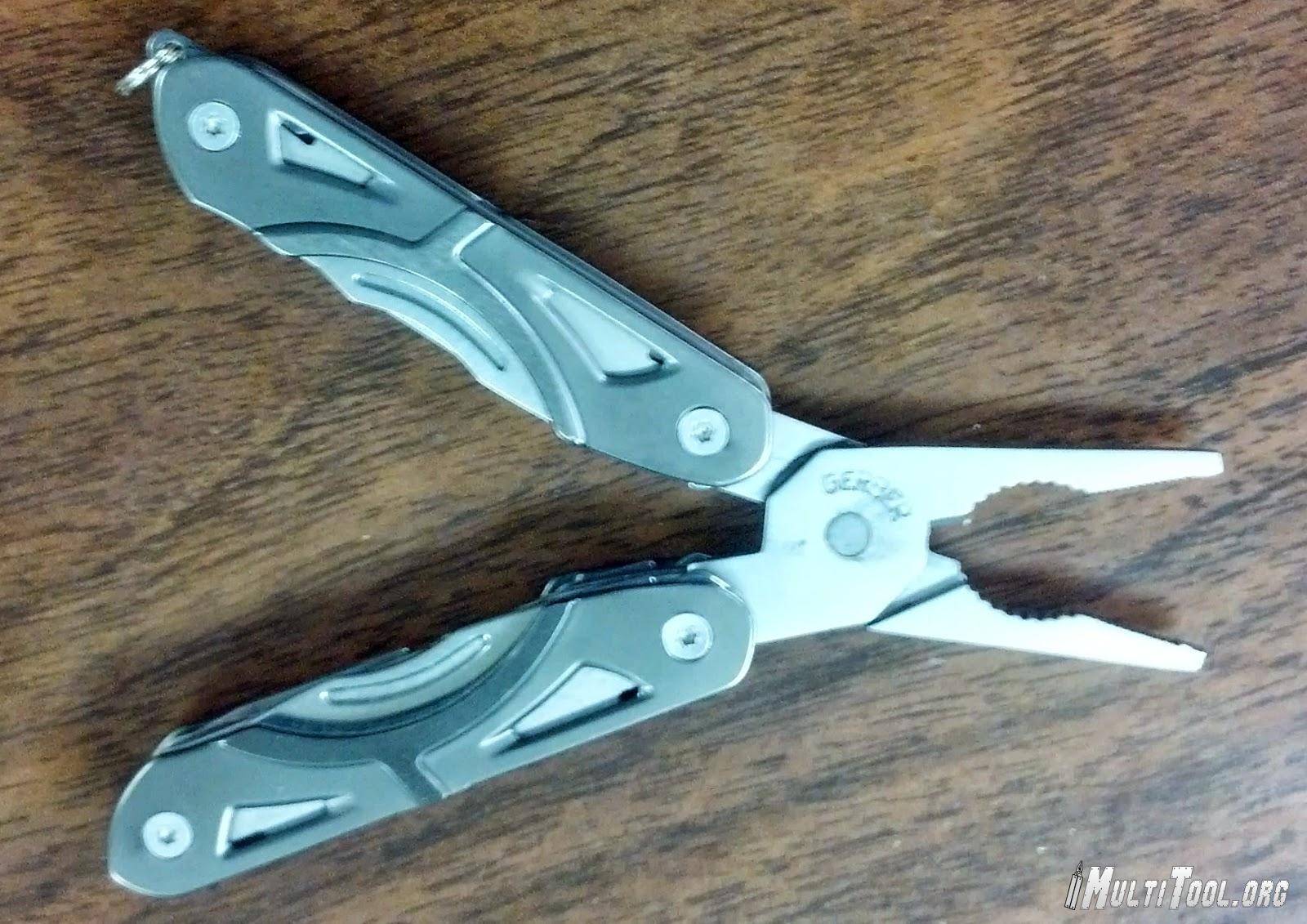 The Mini Suspension-P is not a bad multi tool. It's about average compared to other $5 or $10 multi tools. It's better than some Sheffield multi tools, and not as good as some others. I wouldn't get rid of the Mini Suspension-P, but it won't make the cut as my "everyday-carry" multi tool. I guess what I'm saying is, $10 is probably a fair price for it (perhaps a little high) but it's not worth any more than that.

The tool looks nice -- it has a neat straight-line finish with different shades of gray, and it looks like a lot of care went into its appearance. Two of the implements (the knife and the nail file) are even labeled, which I've never seen before on a multi tool.

The Mini Suspension-P is sturdy. Mine got dropped on concrete a few times (okay, thrown) and it has no scratches or scuff marks. The pliers are strong and well-made, with good spring action. The handles don't have any textured grip, but it's still easy to hold the pliers because of the strong spring action.

The opening and closing action of the tool's handles is a lot jerkier than I've seen with other multi tools. The handles don't swing open smoothly -- they sort of pop open in stages. It makes for a neat snapping sound when you fold the tool up, but for quick access it's a little awkward.

It isn't a 15-in-1 multi tool, but the Mini Suspension-P does have some useful implements. Aside from the pliers/wire cutters, there's a very serviceable knife, a nail file, a small pair of tweezers, a Phillips screwdriver (the flat blade kind) and large and small slotted screwdrivers. The tools open from the outside, so you can get to any of them (other than the pliers) without having to open the handles.

The knife pivots out easily. The tip isn't very sharp, but the blade is. The nail file works, and it has a pick on the end.  The two slotted drivers are about what one would expect -- functional, but a little more rounded than they could be. The tweezers work well but are very short, so they won't be able to reach into narrow spaces.

The Phillips driver is next to useless. The tension on that driver (at least on my tool) and the design of the nail nick make it almost impossible to extract with your hand. You need something to pry it out with just to be able to use it. You can adjust the tension on the screwdriver with a Torx driver, but in order to do so you'll need two Torx drivers, because turning the one screw just makes the screw on the other side turn as well, which doesn't do anything for the tension. You'd have to hold one Torx driver in place, as well as hold the multi tool, while you turn the other driver. 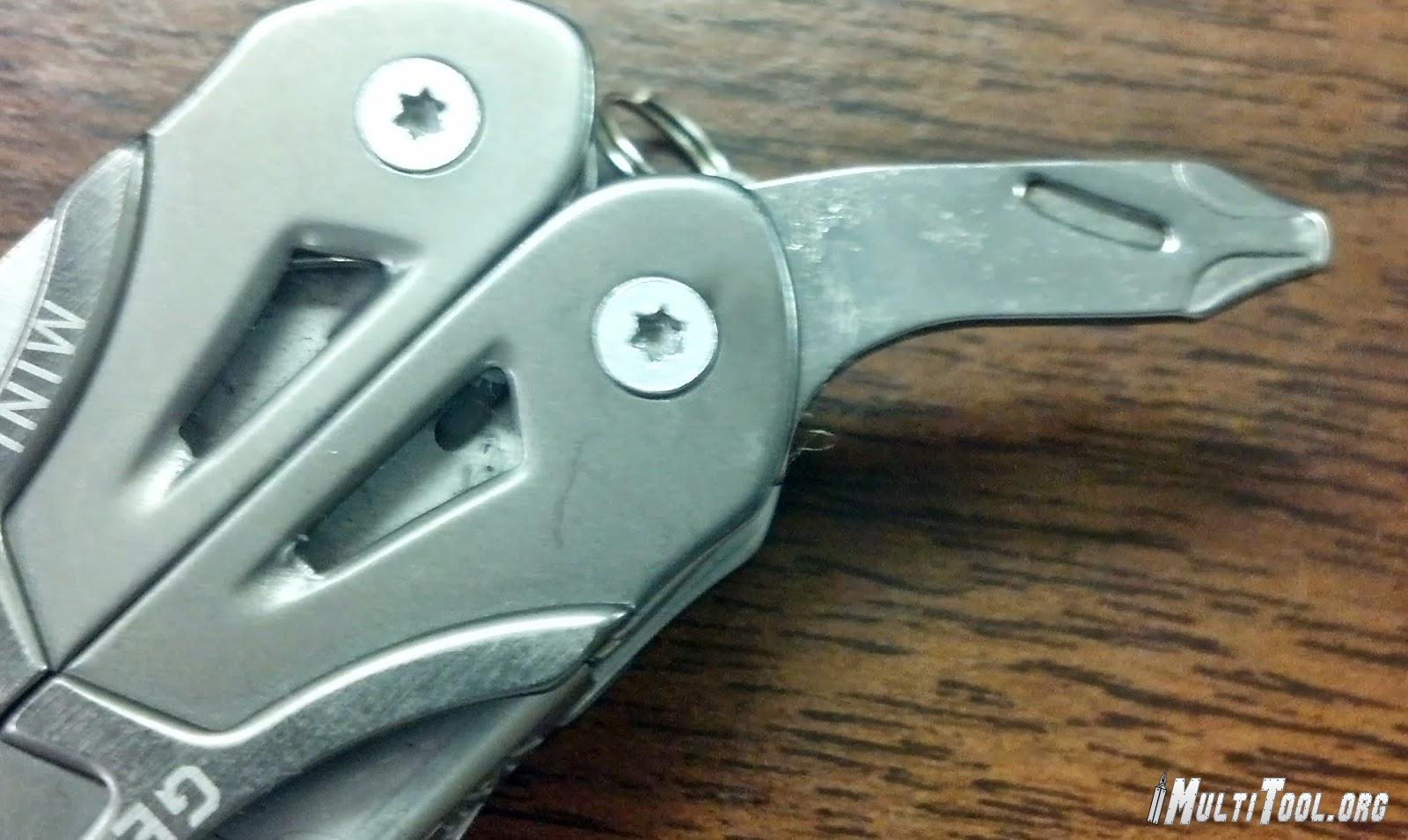 Once you get the Phillips driver out, it works okay for some screws. For others, it won't grip the head enough to turn the screw.

The Gerber Mini Suspension-P is not a multi tool I would buy again, given the choice, nor recommend. For the same price you can get a lighter multi tool that functions just as well. I'll still look forward to testing its big brother, the Suspension, but I would recommend passing on this one.

More in this category: « Gerber Dime Review Gerber Center-Drive Review »
back to top
Interested in this or a different tool and still have more questions?
Why not join us over on the Multitool.org Forum where our community can help you find what you're looking for!