With so many multi tools out there having pliers (usually needle-nose or blunt) as the center of their tool, Kershaw set out to make a one of a kind tool that sets itself apart from the rest of the multi tool crowd. What Kershaw came up with was the Kershaw Multi tool, an innovative pair of vise-grips packed with all kinds of goods that are wrapped up in a nice little package. 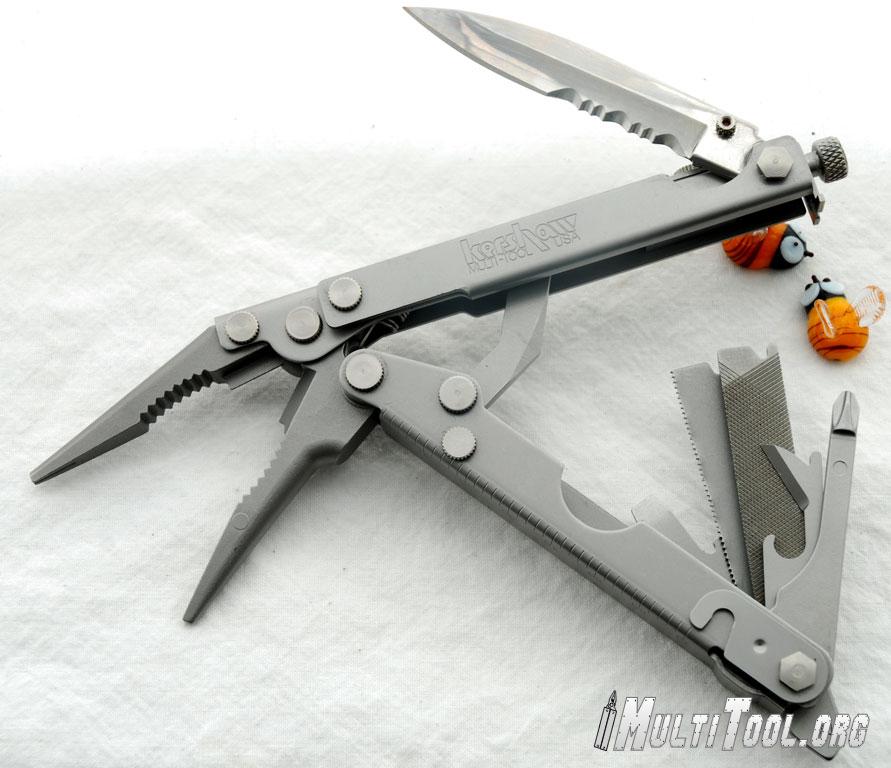 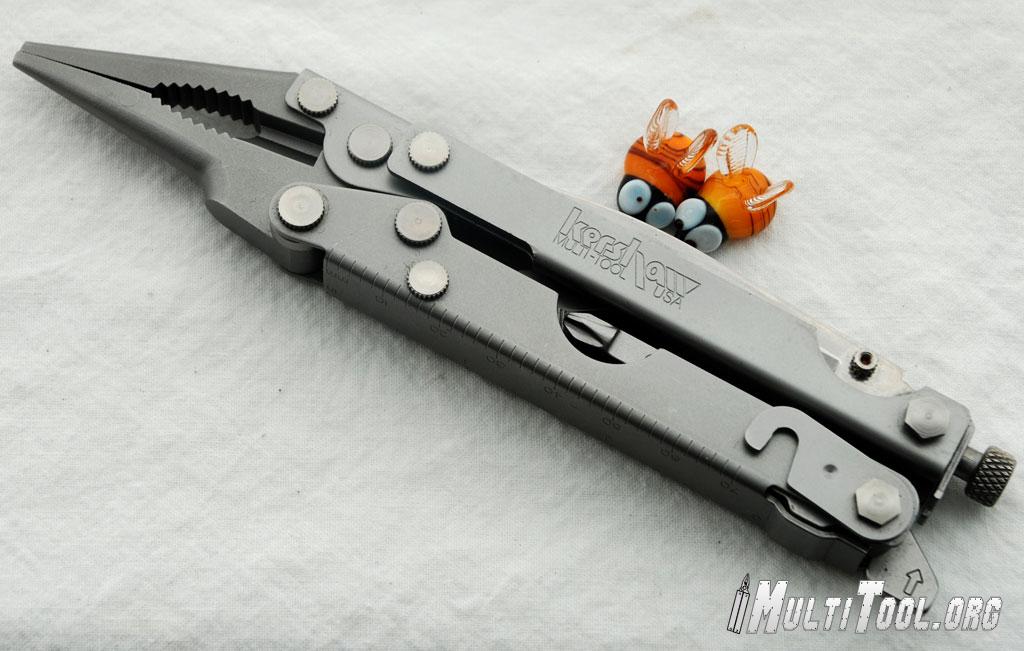 On the outside it looks like a normal pair of vice-grips but open up the handles and you get a good assortment of tools. You get a hacksaw blade, file, slotted screwdriver, Phillips screwdriver, can/bottle opener and a one hand opening half serrated knife blade. At first I wasn't very impressed with this product and the bulk seemed quite a bit to be carrying around, but I seemed to use it more and more and the big sheath made up for itself. I particularly like the locking hook and the release lever for the pliers, when the tool is closed and your using one of it's screwdrivers you can flip a lock to make sure it won't pop open on you and the release lever is in the back of the tool, so there is no accidental opening of the pliers when your working. The hacksaw work real well but how to use it fully was defiantly puzzling, after looking around on the internet a while I found out how to use it. You open the pliers all the way and tighten up the adjuster on the pliers, then you are able to use the full length of the hacksaw blade by grabbing the tool by it's bottom handle. Awkward position for hack sawing metal but if you have nothing else it would do the trick. 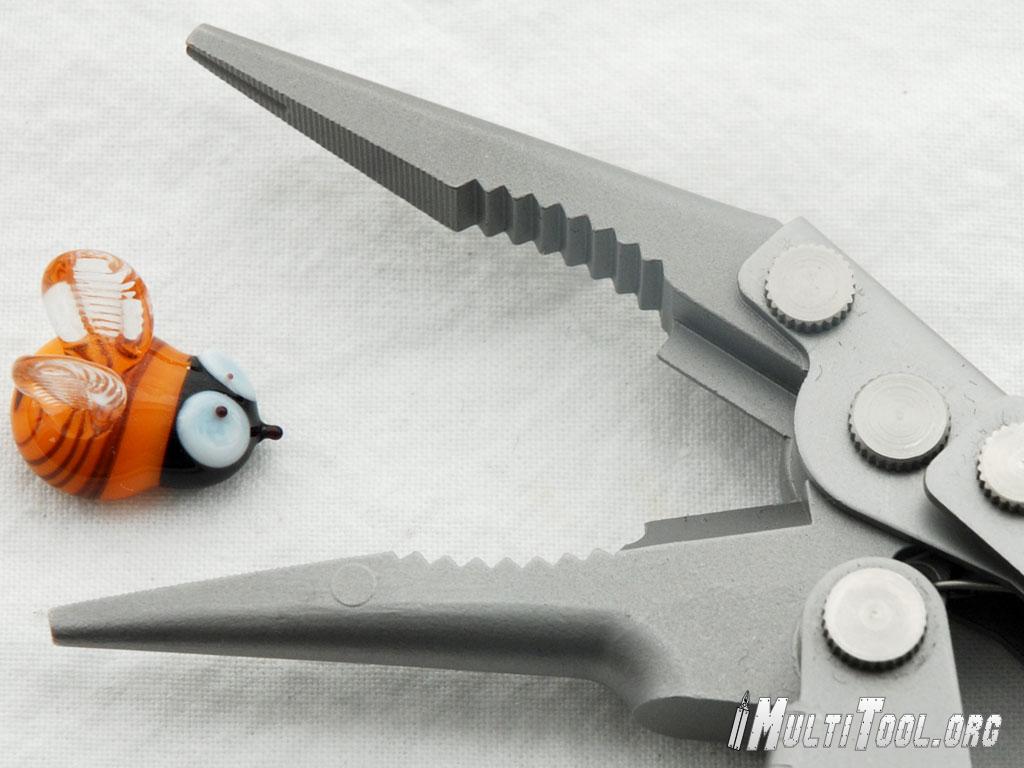 To add more functionality to the Kershaw Multi tool they have released a Tool Adapter, consisting of a long piece of metal with a screwdriver bit attachment at the other end. The adapter comes with 6 bits, #0 Phillips, #3 Phillips, 9/32 Slotted screwdriver, R1 square driver, T-15 torx and T-5 torx. You use the tool by clamping it in a variety of positions in the plier's teeth, the adapter can be grabbed lengthwise, horizontal or diagonal making it possible to get any screw at any angle. This adapter is a major must for anyone who considers buying this tool. 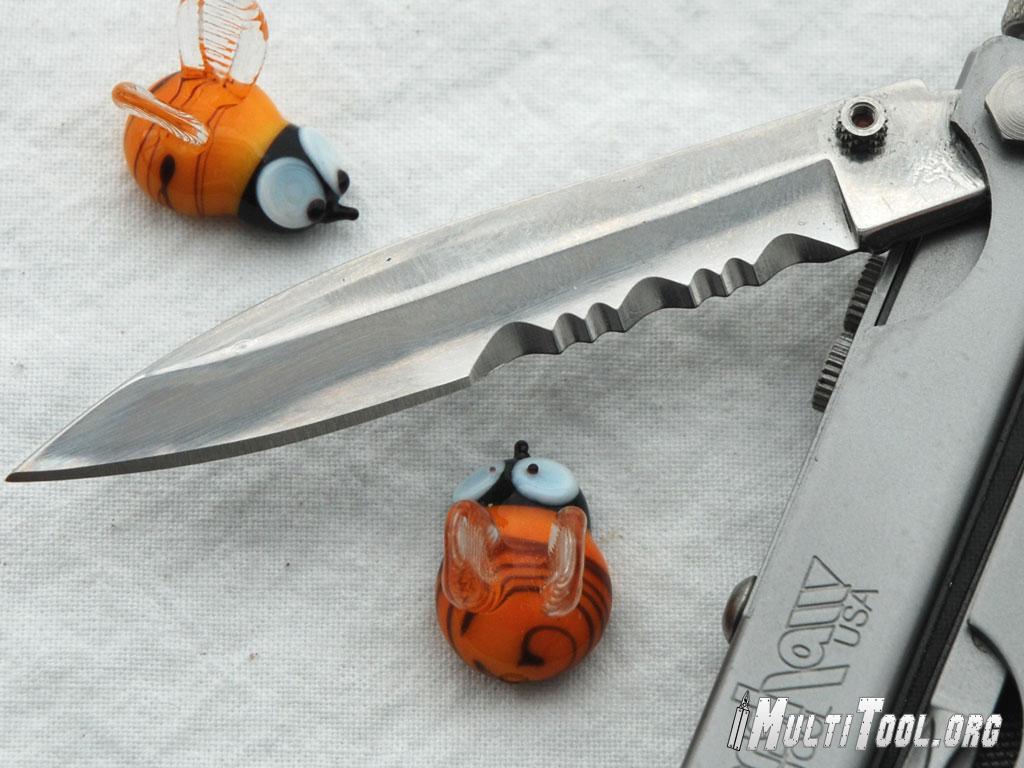 The Kershaw Multi tool is made out of 440A steel, fairly rust resistant but will tarnish a little over time. Mainly the nose of the tool and the hacksaw got discolored, the hacksaw must be of a different steel than the rest of the tool (some sort of carbon steel) because the oil from my fingers on the blade was enough to make the steel a brown color over time. The tool held up well to the abuse we put it through, one tough tool that would be good for anyone who frequently used a pair of vice-grips and doesn't want to carry all the extras of a tool box. This would be a great addition to an electricians tool belt, one of our team members uses his all the time and says he didn't know how he ever got along without it. 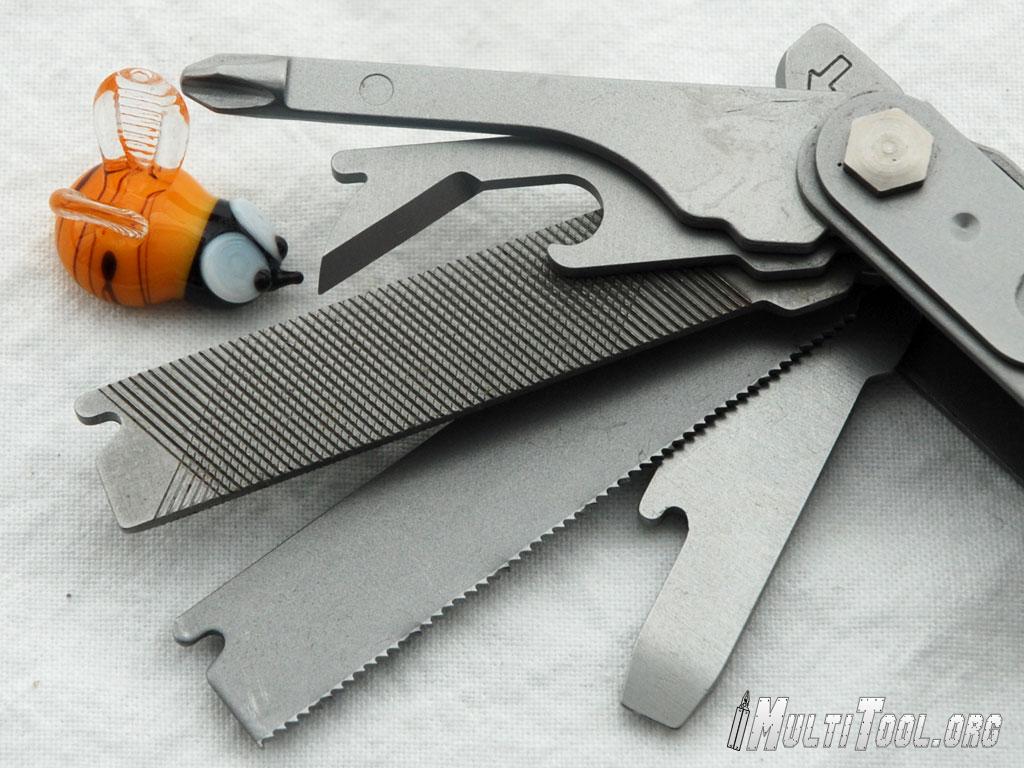 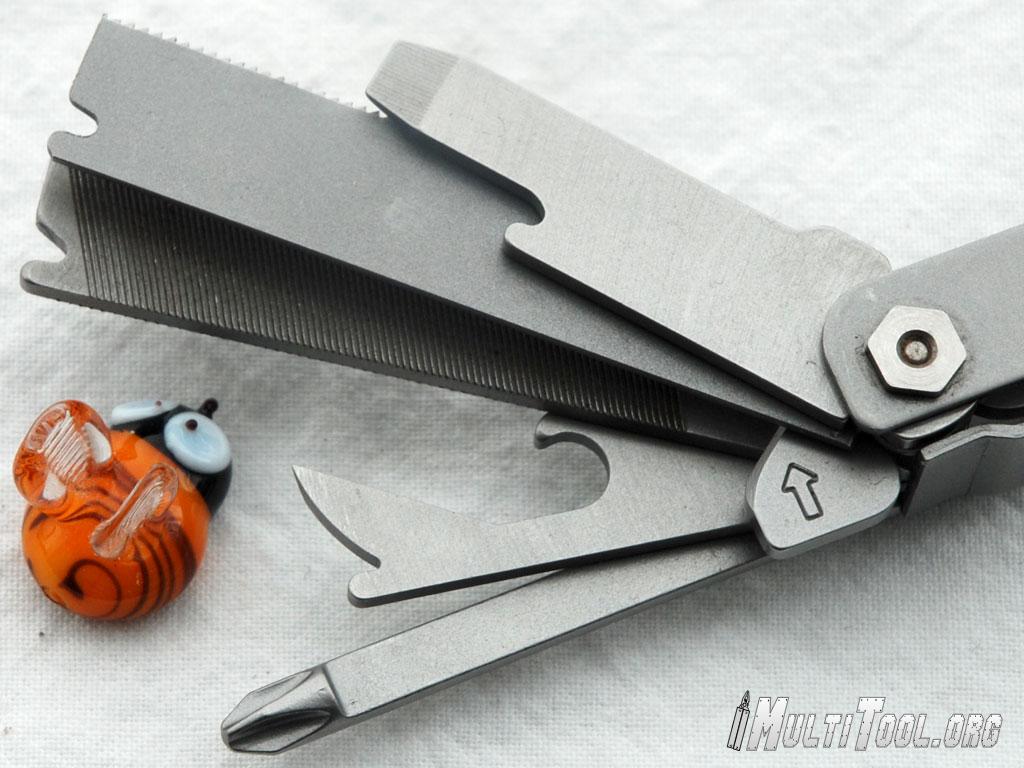 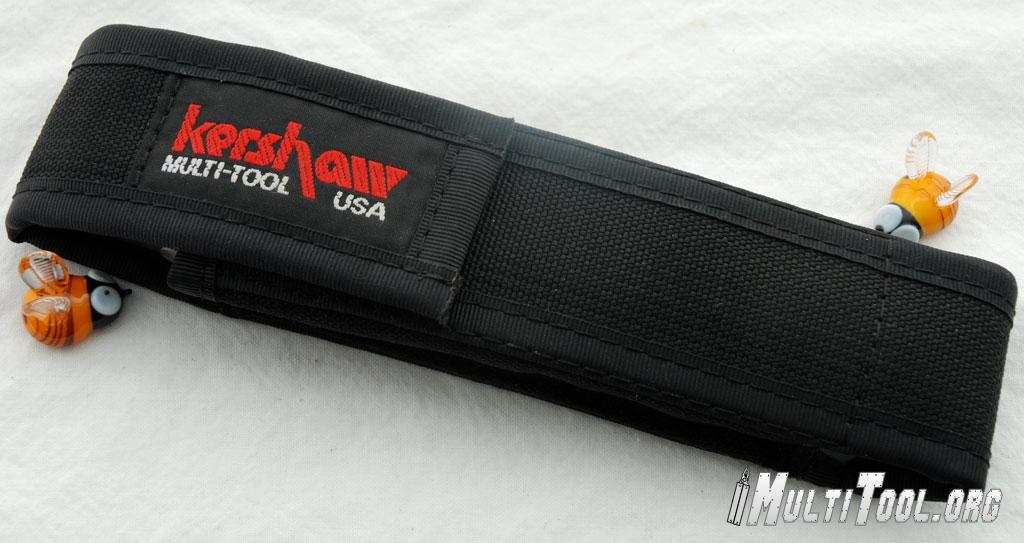 More in this category: Swiss-Tech ScrewBall Review »
back to top
Interested in this or a different tool and still have more questions?
Why not join us over on the Multitool.org Forum where our community can help you find what you're looking for!